Nightfall Games is excited to announce that the SLA Industries: Collateral Kickstarter will launch on August 24th, 2021. 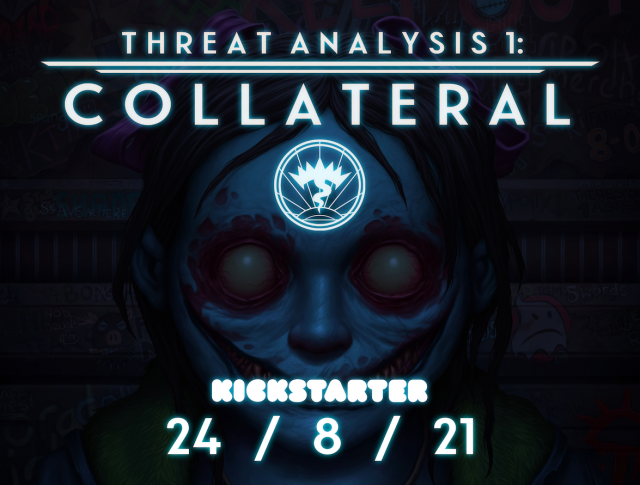 “We are very excited to launch our next SLA Industries Kickstarter, which will allow us to drive the production of 2 new SLA Industries source books for 2nd Edition. The first of these books will be the Collateral sourcebook, which will include more in depth information on many of the known bad guys, as well as a lot of new ones. This book will also include a new player character type too. The second will be a ‘splatt’ book focused on two of the playable species: the Shaktar and the Wraithen. We have also invested in a number of swag items just for the KS launch.” – Mark Rapson, Managing Director

‘This time around Nightfall are a long way into the production of the products to be launched on the KS. Well over 40% of both the writing and art work for both books is done and in the time I have left before launch I will be working full time to get more of the art and writing in place. This is the first time in the entirety of SLA’s existence that we have been able to go to KS with a product nearly there.’ – Dave Allsop, Production Director for SLA Industries