The SLA Industries: COLLATERAL Kickstarter has been running for just over three weeks and is now closing on its last 48 hrs.

Currently it is close to 6x over its funding goal and we have unlocked a lot of addition content. That alongside all the exclusive products means a smorgasbord of exciting items for new and old fans of the World of Progress.

The starting pledge for established SLA fans and players is the Aethernaut at £50. It includes both the new book and PDF versions of ‘Threat Analysis: COLLATERAL’ and the ‘Shaktar / Wraithen Source book’, additionally we have PDF versions of the ‘The Slasher’ in-game tabloid magazine and ‘Hunter Sheets: Data File 1’ softback book. We also have the Kickstarter exclusive BPN Coin, which has rules for in game use and a pad of 50 blank BPNs. 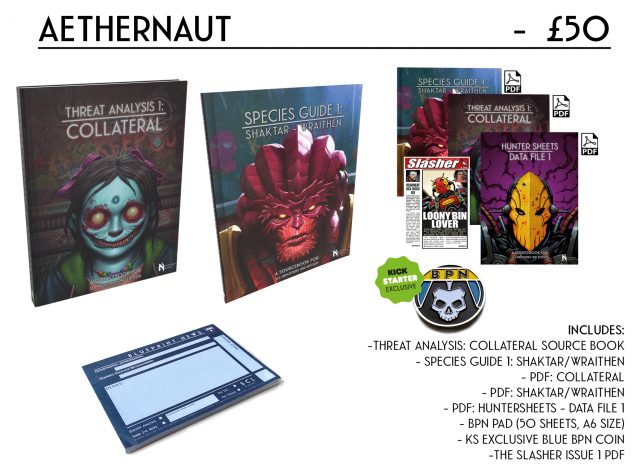 For new to SLA 2nd Edition players there is the Straight Out of Meny Pledge which at £100 gives you over £175 worth of product. As well as everything listed above you also get the Core rulebook, Quick Start, GM Pack, a set of dice and the ‘The Slasher’ in booklet form. 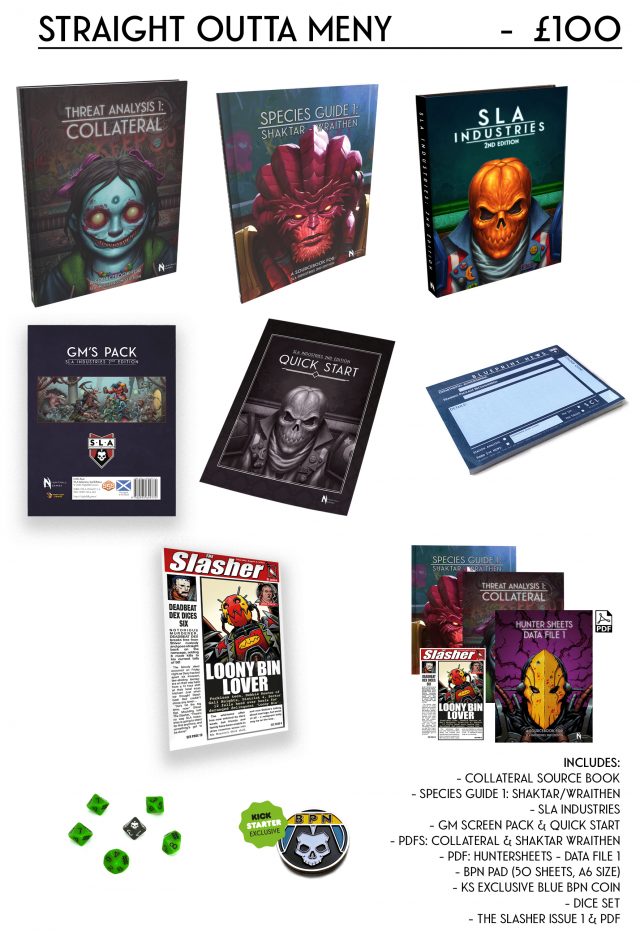 There are lots of optional add ons too, many of which exclusive to Kickstarter, and other pledges which give you even bigger and better range of products and saving. 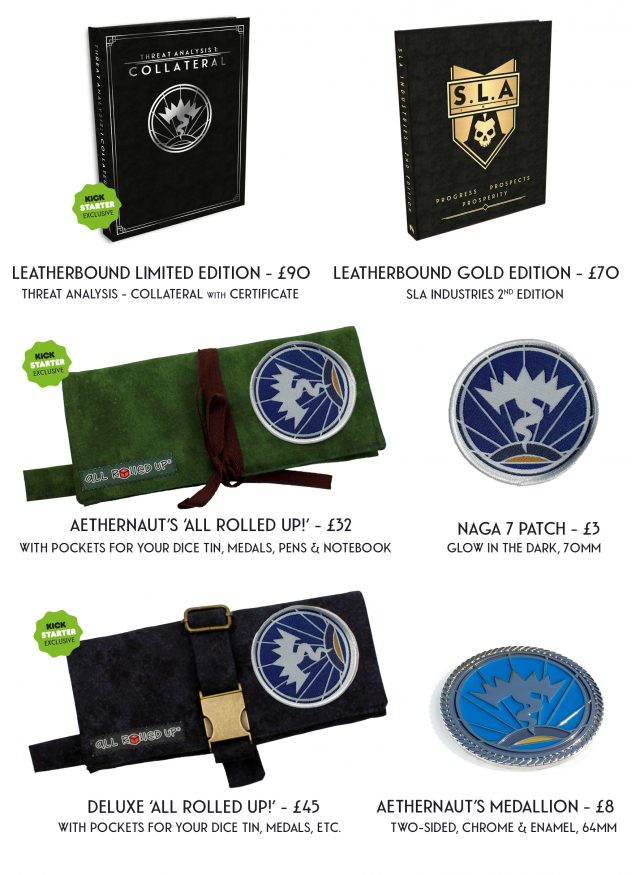 Don’t miss out on the SLA Industries event of the year!