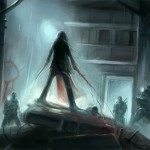 Romark Entertainment has acquired the film and television rights to the critically acclaimed Role-Playing Game, “SLA Industries,” from publisher Nightfall Games.  As part of the acquisition, Romark and “SLA” creators Dave Allsop and Jared Earle are also announcing a partnership that will see the two sides come together under one banner to focus exclusively on the expansion of the 20-year running series into the comic book, video game and art worlds.

Independently released in 1993, SLA Industries is set in a futuristic dystopia where players, wielding advanced weaponry and arcane abilities, take on the roles of Operatives working for an omnipresent and ruthless corporation hellbent on controlling the universe.  In the game, appearance, style and branding are emphasized just as much as combat, politics and subterfuge.  After the overwhelming success of their first year on the market, the franchise was picked up by “Magic: The Gathering” creators, Wizards of the Coast and was intended to be their follow up franchise before the focus at “Wizards” shifted away from role-playing games and into collectible card games.  In 1997 Allsop and Earle reacquired the series from “Wizards” and returned to the independent market, releasing another 10 books over the following decade, and allowing “SLA” to become one of the longest-running, and most resilient role-playing franchises in history.

“We are really pleased to have found a new home for SLA Industries that can push our distinctive style into markets we could only have dreamed of,” added Dave Allsop, original creator of the game, from his Scottish home. Jared Earle, Nightfall’s managing director, added “with the expansion of ‘SLA’ and our partnering with Romark, we are excited to be able to expand our distribution arm so that will be able to begin re-releasing all of our original books in new printed and digital formats, as we move toward a return to the franchise, and the relaunch of all things ‘SLA’.”

Rock Shaink, founder of Romark Entertainment, said “We’re really excited about the opportunity to be bringing such an original and imaginative world to a whole new generation of fans,” and are eager to begin broadening the franchise into other mediums. “Having been a fan of SLA since its original publication, I’m honored and thrilled to have a chance to bring the series to life as a film” said Benjamin Jackendoff, who will produce the film alongside Shaink.

For more information and links, visit http://sla-industries.com/ where news and other information will be presented as this venture progresses. 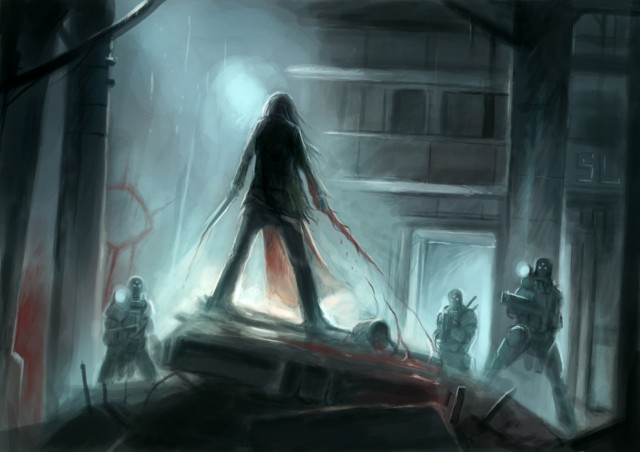 BENJAMIN JACKENDOFF:
Jackendoff is no stranger to the world of sci-fi and fantasy, currently producing the animated series “Grimm Fairy Tales” with director Jon Schnepp and actress Lena Headey, as well as developing and branding several properties for Zenescope Entertainment, including “The Monster Hunter’s Survival Guide” starring Dwayne “The Rock” Johnson.

NIGHTFALL GAMES:
Founded in 1991 in Scotland, Nightfall Games is an independent gaming company that has produced SLA Industries and all of the supporting materials.