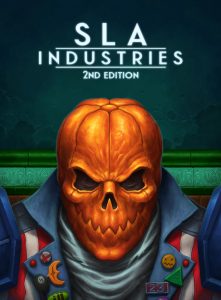 SLA Industries 2nd Edition funded on Kickstarter and is now in production. The book will be 224 pages, packed with full colour art and a new set of rules. The campaign can be seen on kickstarter and should be completed in 2020, with a GM’s Screen, maps and other goodies on their way. 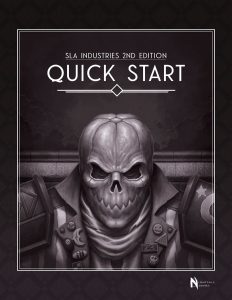 Five Operatives take a BPN to go clear the sewers of Carrien. If none of that makes sense, you’re in luck, as this PDF introduces players to the World of Progress and the all-new SLA Industries 2nd Edition system. 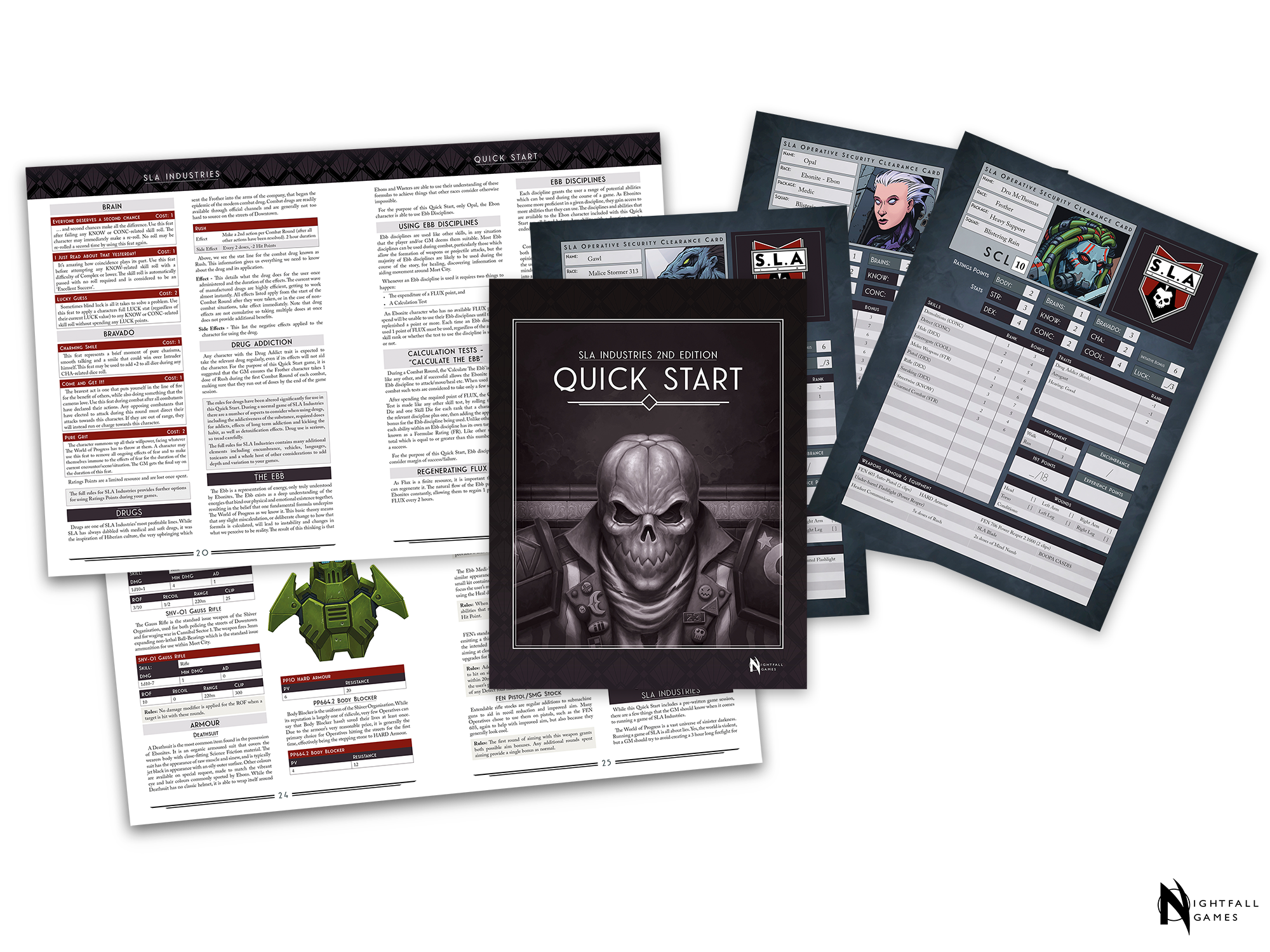 Containing five pre-generated characters and everything else you need to play, apart from dice and players, this Quickstart is designed for newcomers to SLA Industries and experienced players alike. 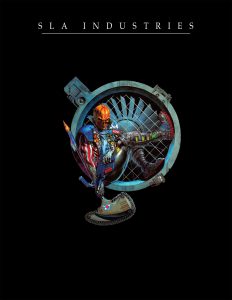 Operative, Employee, Contract Killer, Necanthrope, Ebon, Biogenetic, Corporate. These are the lifestyles available to you when you enter SLA Industries’ World of Progress. Society split between truth and deception, conflict and political subversion, style and horror. Television and Insanity. Fighting for your life as an oblivious public watches on, awaiting your last breath between the adverts.The media channels all the young hopefuls into their vessels. Nihilism is a way of life. Strive for originality in a world of outrage and conformity and diversity. The different get noticed, the truly original survive. Six o’clock horror, every hour on the hour. Halloween Jack claims another victim. Fifteen minutes of fame for the corpse. Don’t get famous like him. Change. Become. Evolve. This is the way forward.

The Big Picture rewards the loyal. Be true to yourself. Survive. The truth awaits the inquisitive.

Guns kill but so does the truth.

SLA Industries is a game of urban horror. Its dedicated fan base is a testament to its enduring appeal, so take this opportunity to find out how good it is for yourself.

This edition is the 2016 SLA Industries Redux, a complete rebuild of the original 1993 book, remastered from original prints of the book and rebuilt for US Letter paper. 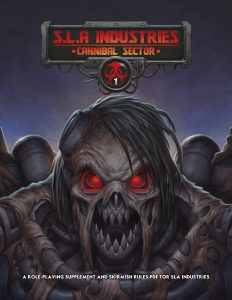 Salvation Tower was a beacon of hope, prosperity and the future, a promise that could never be fulfilled. The bad times began with the collapse of the tower, bringing on the blackout that never ended. The walls came up and Mort City closed its doors. Outside the city’s protection, the land changed and Cannibal Sector 1 was born, and now, six hundred years on, it’s time to venture beyond the walls to reclaim what was lost. It’s time to take back the sector for SLA Industries.After one failed attempt, the Bellwood Campaign seeks to redress the balance. The Shivers are sent out once again, only this time they meet the full horror of the wastelands. Taking the sector back means uncovering all of its secrets, something that comes at a price.

The most deadly threat when seeking the truth is that sometimes it finds you first.

SLA Industries: Cannibal Sector 1 is a 352-page role-playing supplement for SLA Industries and a stand-alone skirmish game that tells the story of the most famous and deadly of the cannibal sectors outside Mort City. Digger awaits. 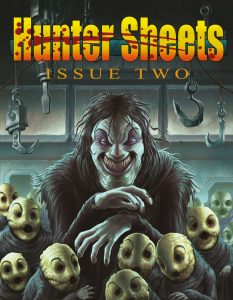 An operative turned offworld Despot, a Downtown media sensation on the run, a precocious gang-member and an Enforcer Shiver gone rogue. SLA Industries has twenty problems you need to deal with.

An operative’s life is never dull.

20 hunter sheets and a threat analysis on the Root Dogs in one 80-page printed book.