SLA Industries is an ENnie award-winning role-playing game of urban horror, set in The World of Progress; a vast world of ruin and decay. At the very heart of this world lies Mort City, a false beacon of hope upon an otherwise dystopian planet. Under the skin of this sprawling city are the Operatives of SLA Industries. These agents, investigators and trained soldiers do the company’s dirty work, cleaning the streets of serial killers, cultists and Carrien vermin, whilst being sure to make the right impression for the cameras.

SLA Industries is a world that never stops raining, where the horrific has become a reality and where the truth does more damage than the bullets.

We would like to share with you the front cover of our next publication – the 2nd Edition core rules for SLA Industries, 26 years after the games original release. 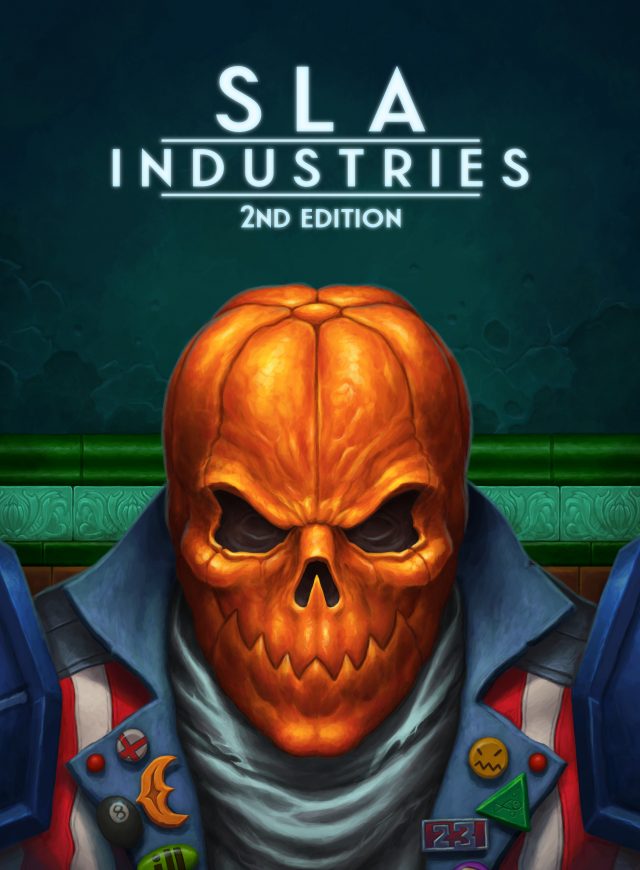 Here are some important facts about this new edition…

By kickstarting this new core book we have have been able to bring onboard regular SLA Industries artists such as Jon Hodgson and Clint Langley, as well as a number of new names.

This is a very exciting time for SLA Industries and we hope this will be the beginning of a new era for the world of progress.

Sign up here to receive the Nightfall Games newsletter about all our products and upcoming projects: